There is No Fear of the LORD in the Church Today 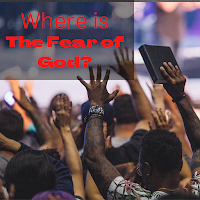 Hirelings build their congregations by tickling ears and intentionally avoiding the difficult passages in scripture. This is why it is imperative that we read the bible for ourselves. If we don't do this, we are going to be vulnerable to the hireling's message. Scripture is filled with warnings about false teachers, false prophets and wolves in sheep s clothing. A careful examination of scripture shows that the church is not immune from false teaching.

If you don't already know by now, I will NOT knowingly tickle your ears. My desire is to lovingly speak the truth in love and be faithful to the Word of God.

The Popular doctrine of a Bed of Roses

Currently, the popular doctrine of Christianity is it's all a bed of roses and we're dancing in tulips. But this is not scriptural. All the apostles were martyred except for John. The early disciples were fed to lions, tortured, and crucified. They weren't living their ‘best life now’ but were intimate with Jesus which came at a price. History says that some disciples actually ran towards the Lions hoping that they might obtain a better Resurrection (Hebrews 11:35).

So? Is Christianity a bed of roses, marshmallows, and tulips? Should we not fear God at all?

New Testament Examples of why we should Fear God!

Here's a few things we need to consider in the New Testament post cross passages that might cause us to hold the Lord in more reverence than we do currently.

At the heart of the Christian faith is the fear and reverence of God. In Acts 13:11, we see a powerful example of what happens when someone chooses to ignore God's power and authority. The Apostle Paul cursed Elymas with blindness after he attempted to prevent a Roman official from coming to faith in Jesus Christ. This shows how seriously God takes when people disregard His will, even if they are in a place that should be devoted to Him - like the church today.

I believe  Paul did not take it upon himself to mete out justice; instead, I believe he quietly asked God directly for help in this situation. He was willing to ask for divine intervention as an act of obedience because he understood that God alone has the right to judge us all.

Ananias and Sapphira's story in the book of Acts is a powerful reminder of how God deals with those who are unfaithful to Him. In Acts 5, we see that God is not only capable of killing someone for their sins but He will also do it if necessary. Ananias and Sapphira were members of the early Christian church and had agreed to give all the proceeds from selling a piece of property to the Lord. But they lied about their offering - instead, they kept part for themselves - so God killed them both.

This story should be a reminder for us today that we must serve God faithfully. The church today needs to take this warning seriously; if we don't fear God or take His commands seriously then it will lead to consequences like those faced by Ananias and Sapphira.

Herod did not give God Glory

Herod was eaten with worms for not giving God glory Acts 12:21-23

Herod was a ruler who did not give God the glory that He deserved. In Acts 12:21-23, Herod is struck down for his sin and eaten with worms for not giving God the glory. This story serves as an example of what happens when people do not show proper respect to God and His ways of doing things. This can be especially relevant today in how we view the church and its members.

Many of us have become complacent in our faith and have stopped showing proper reverence to God through our actions. We may be more focused on our own goals rather than honoring Him, but if we fail to fear God then we are no better than Herod was. We must remember that ultimately He is still in control and will judge us accordingly if we fail to recognize this fact by giving Him His due glory.

Drinking the cup of Christ unworthily

People died because they did not drink the cup of Christ worthily 1 Corinthians 11:27-30

The church today is in an alarming state of spiritual apathy. This lack of fear of the Lord has led to a broken relationship with God and is exemplified by people's attitudes and behavior. Most tragically, people have died because they did not drink the cup of Christ worthily as stated in 1 Corinthians 11:27-30.

This means that those who partake of communion without due reverence and respect for the holiness it represents are more likely to succumb to physical afflictions such as sickness or even death. To demonstrate their faith, reverence and obedience to God’s commands must go hand in hand with partaking of communion; rather than just going through the motions, we should be reminded of our unworthiness before a holy God and approach Him with humility.

A stern rebuke to Thyatira

No fear of the Lord in the church today seems to be true when one examines Jesus's Words in Rev 2:23. In this passage, Jesus says he will kill children.  I am still pondering whether He is talking about spiritual or physical children.  The context of this passage talks about the children of Jezebel in the church in Thyatira. Jesus was rebuking them for committing fornication with her. This shocking statement paints a darker picture of God that many Christians are not prepared for or willing to accept. It forces believers to confront the reality that God is capable and willing to punish those who do not heed his commands. Many churches today shy away from teaching these types of passages, preferring instead to focus on joyous stories and themes of love and acceptance without addressing hard truths like this one.

Fear is only the Beginning

The fear of the Lord is the BEGINNING of wisdom….. Proverbs 9:10

Many people today claim to be wise, yet they lack the foundation of true wisdom-- the fear of the Lord. Proverbs 9:10 states that "The fear of the Lord is the beginning of wisdom." However, in many churches today it seems as if this foundational principle has been lost and forgotten. Instead of being a church that seeks to honor God through reverential fear, many have chosen to ignore this important aspect of faith. This absence has caused a disconnect between believers and their understanding of what it means to live in healthy faith and spiritual maturity.

When we fail to remember why we should fear God and instead focus solely on His love, grace and mercy, we miss out on an integral part of our relationship with Him.

Reverence with Grace and Mercy

You may also like :  Fearing God is the Beginning of our Journey