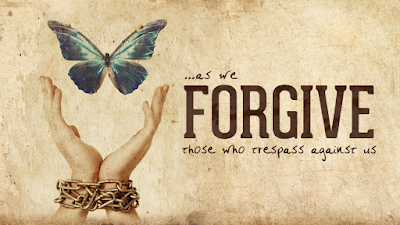 I see images, comments, videos and articles about ...

These are posts from Christians explaining how they are being abused and mistreated .. or someone they know is being treated unfairly by people in power, or people in their workplace or even people in their 'church' or even by 'society' at large. They are talking about their RIGHTS and the need for JUSTICE ... saying "We Want REVENGE" and "Give us what WE DESERVE."

I want to point out something, that some may not have considered.

We do NOT WANT JUSTICE ... we want MERCY.

We were destined to DIE in our sins, but God had MERCY on us and saved us from the fires of hell (Romans 6:23) . We didn't earn salvation, but He gave it to us anyway!!

Titus 3:5 Not by works of righteousness which we have done, but according to his mercy he saved us, by the washing of regeneration, and renewing of the Holy Ghost

WE HAVE NO RIGHTS if we belong to Jesus. We are DEAD and our lives are hidden with Christ in God (Colossians 3:3). We are HIS. Everything we OWN and everything we ARE belongs to ‪#‎Jesus‬

Romans 12:1 I beseech you therefore, brethren, by the mercies of God, that ye present your bodies a living sacrifice, holy, acceptable unto God, which is your reasonable service.

IT WAS NOT FAIRNESS or EQUALITY or REVENGE that put Jesus on that cross. He went to the cross because he LOVED US ENOUGH TO DIE for us!

Philippians 2:5-8 Let this mind be in you which was also in Christ Jesus, who, being in the form of God, did not consider it robbery to be equal with God, but made Himself of no reputation, taking the form of a bondservant, and coming in the likeness of men. And being found in appearance as a man, He humbled Himself and became obedient to the point of death, even the death of the cross.

I exhort you, if you are feeling angry, frustrated, abused ... if you want to take REVENGE on your oppressors ... I PLEAD WITH YOU, allow the Holy Spirit to root out the seeds of bitterness that have been planted in you.

Hebrews 12:15 Looking diligently lest any man fail of the grace of God; lest any root of bitterness springing up trouble you, and thereby many be defiled;

You are being manipulated for evil .. every time you watch one of those videos or share it, or read those 'angry' posts or bring up these things in conversation you are being used by the enemy to plant more seeds of dissension and strife. The answer is #JESUS and it is ONLY JESUS!! You CAN NOT FIX what is wrong with evil men by complaining about it ... go to GOD, pray for those who persecute you and FORGIVE THEM.

Matthew 5:43-45  “You have heard that it was said, ‘You shall love your neighbor and hate your enemy.’  But I say to you, love your enemies, bless those who curse you, do good to those who hate you, and pray for those who spitefully use you and persecute you, that you may be sons of your Father in heaven; for He makes His sun rise on the evil and on the good, and sends rain on the just and on the unjust.

The measure of forgiveness YOU USE towards others is the measure you receive in return from your heavenly father.

Matthew 18:21-35 Then Peter came to Him and said, “Lord, how often shall my brother sin against me, and I forgive him? Up to seven times?”

Jesus said to him, “I do not say to you, up to seven times, but up to seventy times seven. Therefore the kingdom of heaven is like a certain king who wanted to settle accounts with his servants. And when he had begun to settle accounts, one was brought to him who owed him ten thousand talents. But as he was not able to pay, his master commanded that he be sold, with his wife and children and all that he had, and that payment be made. The servant therefore fell down before him, saying, ‘Master, have patience with me, and I will pay you all.’ Then the master of that servant was moved with compassion, released him, and forgave him the debt.

“But that servant went out and found one of his fellow servants who owed him a hundred denarii; and he laid hands on him and took him by the throat, saying, ‘Pay me what you owe!’ So his fellow servant fell down at his feet and begged him, saying, ‘Have patience with me, and I will pay you all.’ And he would not, but went and threw him into prison till he should pay the debt. So when his fellow servants saw what had been done, they were very grieved, and came and told their master all that had been done. Then his master, after he had called him, said to him, ‘You wicked servant! I forgave you all that debt because you begged me. Should you not also have had compassion on your fellow servant, just as I had pity on you?’ And his master was angry, and delivered him to the torturers until he should pay all that was due to him.

“So My heavenly Father also will do to you if each of you, from his heart, does not forgive his brother his trespasses.”

‪#‎TeamJesus‬
Posted by Texan Sue at 6:35 AM