Rolling Away The Stone From Our Heart 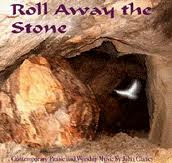 One of the most astonishing miracles depicted in the Bible is the resurrection of Lazarus.

Astonishing because Lazarus was dead; and that too for four days! John chapter 11 verses 39-44 highlight the miracle vividly.

Jesus said, “Take away the stone.” Martha, the sister of the dead man, said to him, “Lord, by this time there will be an odor, four days had passed since his death.” Jesus said to her, “Did I not tell you that if you believed, you would see the glory of God?” So they took away the stone and Jesus looked upward and said, “Father, I thank you for having heard me. I knew that you always hear me, but I have said this for the sake of the crowd standing here, so that they may believe that you sent me.” When he had said this, he cried with a loud voice, “Lazarus, come out! The dead man came out, his hands and feet bound with strips of cloth and his face wrapped in a cloth. Jesus said to them, “Unbind him and let him go.”

Jesus asked the people around Lazarus to “unbind him and let him go” after raising him from the dead. We also have to unbind our ego, false pride and inability to forgive and accept other people in order to be free in spiritual life. When we thank God, believe in Jesus-believe that whatever he does for us is for our good and unbind ourselves, we see the glory of God.

Let us recall what the Lord tells us in Ezekiel 37: 12, “therefore prophesy, and say to them, thus says the Lord GOD: Behold, I will open your graves, and raise you from your graves, O my people; and I will bring you home into the land of Israel.”

Only after the stone was rolled away did Jesus begin His work of resurrecting Lazarus. The stone here symbolizes the dead things that we indulge in. They are the negative feelings of our heart, feelings of hatred, lust, pride and vengeance. These feelings have wounded our soul. Martha the sister of Lazarus had this to say to Jesus, “Lord, already there is a stench because he has been dead four days.”

Every person who is a slave to sin has a stench because he is dead. This is where the sacrament of confession helps us unbind. A person who is slave to the desire for accumulating wealth must have this to say to the Lord – “Lord my relationship with you has suffered because my heart is full of the stench of greed, greed for wealth. Many a time my desire for wealth has been the reason behind my inability to spend time with you.”

A person who is slave to alcohol should have this to say to the Lord – “Lord, already my body is full of the stench of liquor, I can no longer hold my hands together in prayer. I am a slave to this.” A person who is proud of his skills and achievements should have this to tell the Lord – “Lord my heart is so full of my self that I can hardly see you. I find it difficult to acknowledge you. This has been so since years.”

In other words when the person concerned acknowledges the hatred, lust, pride, vengeance etc. in his/her heart, he/she actually rolls away the stone from his/her heart. Once the stone is rolled away it paves the way for the spirit to enter our hearts. The Spirit of God resurrects us into new beings.

Jesus tells us to believe in the Word of God and exhorts us by saying, “Did I not tell you that if you believed, you would see the glory of God?” This is a promise. If we humble ourselves before God, admit our shortcomings, repent and believe in the word of God, Jesus promises miracles in our life. But, just as salt or sugar is an essential ingredient in every recipe however simple or complex, giving thanks to God is an important part of the recipe for a miracle. That is why Jesus says “Father, I thank you for having heard me.”

To Jesus thanking the Father was just an extension of his faith, faith that the Father will do everything for Him. Whereas, to us, thanking God is very often a ritual that comes much after a success in life. This is the crucial difference between the belief shown by Jesus and our belief.

Jesus chose to thank the Father before the miracle (belief followed by action i.e. faith) whereas we choose to thank the Father only after the miracle (belief). Sometimes I dare say we even manage to become thankless creatures in the thick of things. When we thank God for everything that He has done for us and for everything He is in the process of doing for us, the others around us get the message that we are God’s children and their faith in Jesus increases. This is why Jesus says, “I have said this for the sake of the crowd standing here, so that they may believe that you sent me.”

Posted by Emma Kimberly at 6:54 PM